Dale White Sr, 100, passed away Friday, January 12, 2018, at his home in Roswell, NM. There will be a Graveside Service on Wednesday, January 17, 2018 at 11:00 AM at South Park Cemetery under the arrangements of Anderson Bethany Funeral Home and Crematory. Please take a moment to share a tribute in memory of Dale with his family in the online register atwww.andersonbethany.com.

The family would like to thank Kindred Hospice for their care and support.

He will be greatly missed by his family and friends. 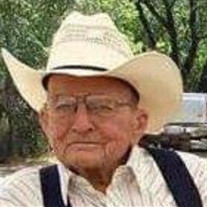 Dale’s family lovingly wrote this tribute in his honor.