H. Clyde Eanes, known as “Clyde” or “Papa” passed away on March 14, 2018, at the age of 73 after a brief stay at Sierra Vista Hospital in Truth or Consequences, New Mexico.

Clyde is survived by his wife of 51 years, Tresha Eanes; son, James (Sharon) and daughter, Donella; 5 grandchildren: Andrea (Mae), Cameron, Danika, Zachary, and Jake; two great-grandchildren: Mayson and Aubrey.  He is also survived by his mother, Mae and siblings, Bonnie, Tommy, Clifton and Don.  Clyde is preceded in death by Leonard Montgomery and brother, Larry.

Although born in Texas, Clyde was a native New Mexican. He lived in Claunch & Roswell as a boy where he attended school. His love for the mountains and hunting lasted a lifetime, along with his preference of venison above any other delicacy except for green chili, of course.

Clyde enlisted in the United States Navy as a young man and served as a welder and pipe-fitter aboard the U.S.S. Bryce Canyon.  He and Tresha met while he was serving in the Navy in Long Beach, California and were soon married.

Following Clyde’s military service, he & Tresha lived in Arkansas and Oklahoma for a short time. However, they would call New Mexico home for the following 48 years together.  Clyde lived with his family in Roswell, Bernalillo, Moriarty, Ruidoso and finally Caballo, New Mexico.  His skills as a welder provided work for many years and all who knew him recognized Clyde as a gifted welder and artist.

A viewing will be held from 8:00 A.M. to 2:00 P.M.  on Monday, March 19th, at the Kirikos Funeral Home Chapel with a graveside service following at Vista Memorial Gardens Cemetery at 2:00pm.

Memorial donations in memory of Clyde can be made to the Wounded Warrior Project. 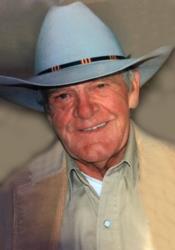