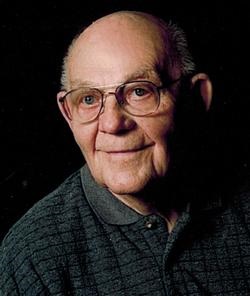 Lowell was born March 1, 1926 to Elmer and Marie (Abels) Brockmeier in Forreston, IL. He married Barbara Lang July 26, 1947 in Grand Rapids, MN and they came to Clovis in 1984. He served in the US Army during the Battle of the Bulge from 1944 to 1946. Lowell worked for Heights Heating and Plumbing and was a member of St. James Episcopal Church. He enjoyed raising racing pigeons and black angus cattle in Fort Sumner, NM. He was a master plumber and gas fitter.

Posted in Obituaries, Past Deceased Members.